The inception of the Borough of Wandsworth Rifle Club dates back to to 1903 when members of the Wandsworth Borough Council Lt. Genl. Sir Frederick Lance KCB and Mr F.J. Liddington started the club. Christening it the Earlsfield & District Rifle Club, they and the 70 members of the club were allowed to use the Public Baths as an indoor range during the winter.

It was in the following year that the club was renamed to the Borough of Wandsworth Rifle Club and the borough council granted a piece of land near the River Wandle of approximately two acres at a nominal rent for the erection of an indoor and outdoor range. The site is still occupied by the club.

When the First World War started, the club lived up to it’s motto, “For The Empire”, providing facilities for drill and rifle shooting. Some 2000 men enrolled from the area and a large number of these joined the regular forces and saw action on the fronts. It was one of the first bodies of volunteers in the country to be formed after the war broke out and originally called the Wandsworth Civil Guard. It was ultimately affiliated to the Central Volunteers’ Association and renamed The Wandsworth & Earlsfield Division, the Athletes Volunteer Force.

In February 1937, The Rifleman published an article about the club. You can read it here.

Please click the images below to view some photos of the club taken c. 1912. 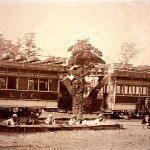 LCC Tram-cars were bought for £4 10s and used as the club headquarters before the indoor range was built in 1905. This building was then extended in 1908 to include a new clubroom. 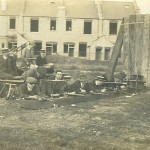 The outdoor firing point about 1911. Note the houses being built. 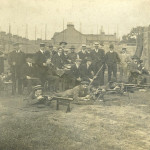 The outdoor firing point about 1911. Note the number of scouts present. The scaffolding shows the houses in the background under the early stages of construction 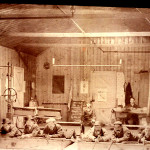 The indoor 25yd range before the clubroom was added in 1908. Note the winding gear used to change the targets at the butts. 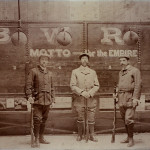 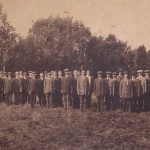